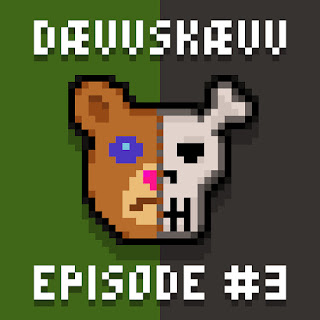 This is the third episode in Dævvskævv’s episodic series of releases, wherein each episode creates its own, tiny musical universe. This is also Dævvskævv’s third release in the span of just one year.

Dævvskævv has been known to take pride in their motto of "no regard for genre or genre boundaries", and as such this episode certainly represents something different when compared to previous releases. As for genres contained in this one, the range is perhaps narrower, with Dævvskævv focusing on electronic and synth based music, much of it recorded to analog tape. One might sum it up as a meeting of electronica, dance music, the alternative and the avant-garde - with a few orchestral elements thrown in for good measure.

All tracks composed, arranged and produced by Tom Simonsen.